Share a memory
Obituary & Services
Tribute Wall
Read more about the life story of James and share your memory.

James Molandes, age 84, of Elkhart, Texas, passed away on Friday, the 20th day of January 2023, and is now in the presence of our loving Lord and Savior.  Mr. Molandes was born on the 11th day of November 1938 to parents Wisdom Molandes and Lula Littleton Molandes.

Mr. Molandes was born and raised in Nacogdoches, Texas.  He lived in Arlington, Texas and later moved to Elkhart when his wife became ill.  Mr. Molandes worked as a truck driver for J.C. Duncan for 32 years and then fulfilled his true passion of working on his family ranch.

Mr. Molandes was a hard-working cowboy who always stayed busy either fixing fences or breaking horses.  He had an enthusiasm for working cattle and raising horses.  He spent a lot of his time at the sale barn where he enjoyed helping and visiting with his many friends.  He was also a member of the American Cowboys Rodeo Association for many years.  In his spare time, Mr. Molandes liked to watch John Wayne movies, The Benny Hill Show, and laugh at the Woody Woodpecker Show and Tom and Jerry cartoons.  Mr. Molandes was a loving family member and dedicated friend that will be sorely missed.

Friends are invited to a visitation with the family from six o’clock until eight o’clock in the evening on Sunday, the 22nd day of January 2023 in the Parlor of Rhone Funeral Home.

A graveside service to honor the life of James Molandes is to be conducted at two o’clock in the afternoon on Monday the 23rd day of January 2023 at Garden of Memories Cemetery in Elkhart, Texas. Donald Ray Molandes will be officiating the service.

Graveside services for James Molandes are in care of Rhone Funeral Home, 3900 S. State Highway 19, Palestine, Texas.  We invite you to take a moment to share fond memories and words of comfort and condolence with his family by selecting the "Share a Memory" icon.

To send flowers to the family or plant a tree in memory of James Molandes, please visit our floral store. 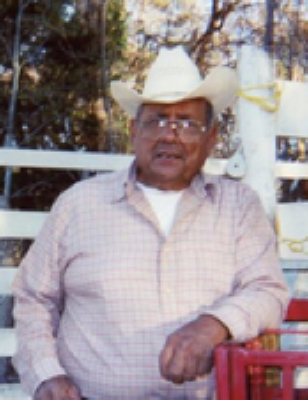