Share a memory
Obituary & Services
Tribute Wall
Read more about the life story of Sue and share your memory.

Sue Hanak Mosley, of Palestine, Texas, passed away peacefully at home with her loving husband by her side on Saturday, the 21st day of January 2023.  She was 84 years of age.  Mrs. Mosley was born in Overton, Texas on the 13th day of January 1939 to parents John “JB” O’Neal and Stella West O’Neal.

Mrs. Mosley grew up in Elkhart, Texas and graduated from Elkhart High School in 1957.  She was married to Louis Hanak for thirty-four years and raised a beautiful family. Eighteen years later after his death, she met Art Mosley, fell in love, and the two were married a short time later.

Mrs. Mosley loved her family dearly.  She had a servant’s heart that was displayed daily by everyone she knew. Mrs. Mosley left a lasting impression on many people she met through her life.  She was one you knew you could go to for Christian advice to help you meet life’s various challenges. She always had a kind word and something inspirational to encourage you along the way.  When you think of Mrs. Mosley, Proverbs 31:28 always comes to mind.

“Her children arise and call her blessed; her husband also, and he praises her.”

Mrs. Mosley had many friends and formed lasting relationships with her friends from high school.  The “Elketts” as they referred to themselves would meet for lunch once a month and visit with one another.  She greatly enjoyed the times they were able to get together.  Mrs. Mosley was a former member of Harvey Woman’s Club and a faithful member of Evangelistic Temple in Palestine.

Mrs. Mosley loved to work in her flower garden and admire other people’s flowers in the community, as well.  Her favorite flowers were roses and azaleas.  Most importantly, she was a faithful Christian who had a deep relationship with the Lord.  She knew this life was not her home and she looked forward to the day she would meet her loving Savior in Heaven.

She joined her family in Heaven including her parents JB and Stella O’Neal; first husband Louis Hanak; son-in-law, Gary Fitzgerald; and her brother, Don O’Neal.

Mrs. Mosley will continue to live in the hearts of her devoted husband of eleven years, Art Mosley; daughters, Susan Fitzgerald, and Shelby Moore and husband David, all of Palestine, Texas; stepdaughters, Cynthia Carnes and husband Walt of Gatesville, Texas, Melissa Blanco and husband Martin of Sugarland, Texas, and Rebecca Fisher and husband Jeff of Thorndale, Texas; and her sister, Bettye Jo Greene of Mt. Vernon, Texas.  She was affectionately known as “Nana” to her grandchildren, Ashley Johnson, Richard DeFreece, Jr., and her step grandchildren Amber Schalchi, Christopher Blanco, Will Blanco, and Mattie Jane Fisher.  She was also survived by nine great-grandchildren, one great-great-grandchild, and other nieces, nephews, and cousins.

Friends are cordially invited to a visitation with the family from six o’clock until eight o’clock in the evening, on Tuesday, the 24th day of January 2023 at Rhone Funeral Home.

Funeral services to celebrate Mrs. Mosley’s life are to be conducted at two o’clock in the afternoon on Wednesday, the 25th day of January 2023 at Evangelistic Temple with Pastor Jason Harris and Pastor Danny Rodriquez officiating.  Interment will follow in Chambers-Day Cemetery.

The family would like to thank Elise, Tiffany, Kayla, Jamie, and Barbara, with Solaris Hospice for the compassionate care they provided.

Funeral services for Sue Hanak Mosley are in care of Rhone Funeral Home, 3900 S. State Highway 19, Palestine, Texas.  We invite you to take a moment to share fond memories and words of comfort and condolence with her family by selecting the "Share a Memory" icon.

To send flowers to the family or plant a tree in memory of Sue Hanak (O'Neal) Mosley, please visit our floral store. 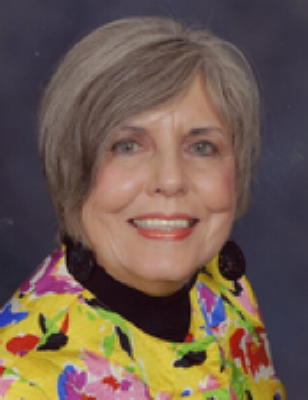